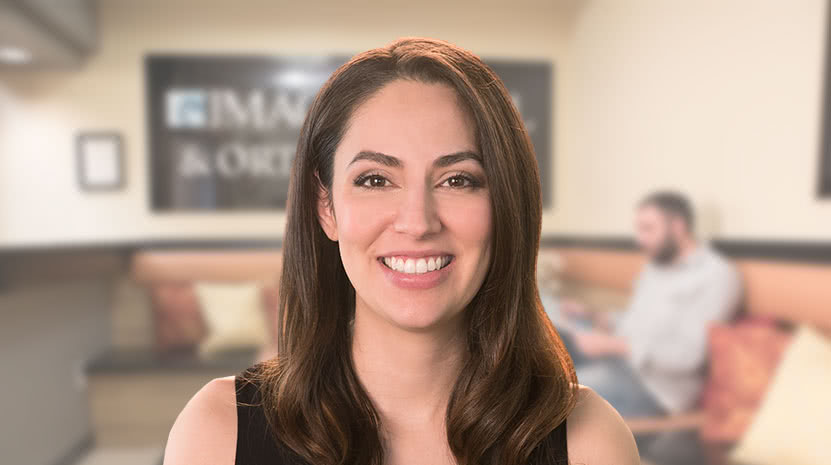 Finding the ideal balance between professional life and personal life can often be precarious, especially for such professions as dentistry that demand incredible commitment. For Dr. Rana Faranesh, walking this wire is made less problematic by the genuine enjoyment she derives from refining her technique.

Faranesh’s father, Sam, first came to the United States to attend college in Texas, majoring in mathematics. Thereafter, he returned to his hometown of Nazareth in Israel to court and marry her mother, Diana. Originating from a small Catholic Palestinian community, Faranesh’s parents emigrated from Nazareth to the Flint, Michigan area to start a family.

Her early years was spent there among her two brothers, Sam and Wasim, and her younger sister, Sarena. In the mid 1980’s, while she was in first grade, Faranesh’s family moved to Las Vegas, where the family’s relatives had already settled. 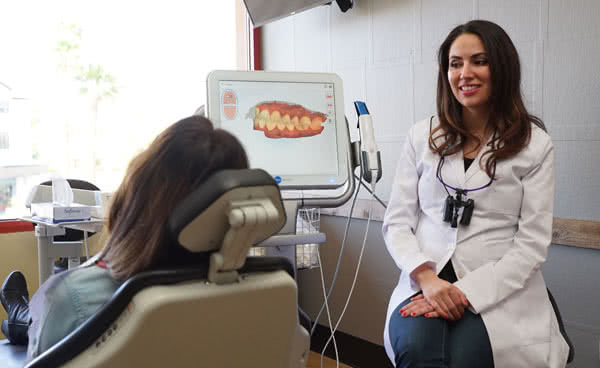 It was in her childhood that she first showed an inclination towards more artistic and cerebral pursuits, qualities that extended into adulthood. “I’d say I was introverted, really well behaved, and kept to myself,” she says. “I really liked to draw and first thought I was going to be an artist or designer, perhaps fashion.”

Faranesh was enrolled at two prestigious local Catholic schools for her primary and secondary education, St. Viator and Bishop Gorman, respectively. Following graduation, she sought a change of scenery, albeit one not too far away, settling on University of Nevada, Reno.

After earning her bachelor’s in biology and physics, the desire for home and family led to her choosing to become a dentist. While studying at the UNLV School of Dental Medicine alongside future Streamline alumni Dr. Amy Tongsiri and Dr. Jeff Redlinger, Faranesh came to find her niche and passion as a dentist.

“I really came to like the hands-on, technical aspect of dentistry and my creative background really helped me in that,” she says. “We would make teeth out of wax in school, kind of like pottery work. I did so well at that, all the students in my class would trade things for me to wax teeth for them, which I actually liked doing.”

Earning her DMD from the School of Dental Medicine, Faranesh honed her skills over the next six years working for a large group practice. In 2014, her friend and classmate Amy Tongsiri merged her practice with Streamline and sought to bring Faranesh into the fold as well.

“I was hesitant at the time, because I was already working somewhere,” she explains. Deciding to trust in her friend and test the waters, Faranesh met with Streamline’s Dr. Tran, which ultimately cemented her decision.

“I thought that it was probably time for a change and it’s always good to keep evolving and moving forward,” she says. Faranesh joined Streamline in November 2014, and began operating out of the Image Dental branch on West Sahara Ave.

Transferring from a larger group practice to the nascent Streamline, Faranesh came to appreciate the personable feel of her new professional home, as relates to both patients and her fellow doctors.

“Though this is a group, it has more of a private practice feel; we’re not so stretched out,” she says. “All the doctors have a very close relationship, there’s better communication among owners and associate dentists, and having our own lab makes a big difference.”

Faranesh feels the patients benefit greatly from the close communication among the Streamline team, with more personalized care, quicker response and improved quality of care. In particular, she has availed herself of Streamline’s commitment to being on the cutting edge of dental care and use of burgeoning technologies.

“I’ve been getting a lot of use out of the cone beam machine, especially for implants. I’m obsessed with it,” she exclaims. “I also use the iTero scanner a lot, as it does such accurate scans of someone’s mouth. Using that together with standard molds, it gives the lab more information to work with, which gives the patient a very accurate fitting.”

Asked about her unique qualities as a dentist, Faranesh points out her preference for handling as many procedures as possible herself, only referring out to another doctor when necessary.

“I do all my own root canals, implants, pretty much everything,” she says. “I find that patients don’t want to be sent somewhere else and have to get used to another doctor. Even myself, as a patient, I just want to get everything done at one place.”

With many dentists regularly working six days a week, Faranesh is vigilant about maintaining a healthy work/life balance. “Finding that balance is an eternal goal of mine, as I really enjoy my work and go through phases in wanting to spend more time at home or work.”

Faranesh’s personal interests range from cooking and being “embarrassingly, really into Taylor Swift”, to more exotic fare such as bungee jumping, sky diving and cliff jumping. She describes herself as friendly, introverted and loyal, and wields a dry sense of humor that can be unintentionally funny.

Unsurprising for a doctor intent on learning and utilizing all aspects of dentistry she can absorb, Faranesh is highly analytical and knows where she wants to be in five and ten years. “I’d like to eventually be an owner of a practice, start a family,” she says. “I’d like to be able to work part-time at my practice and own a café, because I really like coffee and I used to be a barista. I love the atmosphere of a café, laid back, cozy, lounge-y.”

Faranesh’s happy medium comes down to her passion for her work, interacting directly with her patients and helping those in need of treatment. “It’s not just work for me, but my hobby as well,” she explains. “I really care about the people I see and want to provide the best treatment possible, break through any apprehension they may be feeling. When you can accomplish that and really help someone, It’s a great feeling.”

Haven’t been to the dentist in awhile or are a new patient? We offer Emergency dental examinations and x-rays for your convenience, learn more about dental check-ups.

Interested in a dental implant but don't know whether or not you are a good candidate? Schedule an appointment with us to learn more about dental implants.